Why do most surveillance systems use HDDs?

Due to concerns about a low mean time between failure (MTBF) and high cost, SSDs are often disregarded by the surveillance industry, and most surveillance systems continue to use HDDs despite their obvious weaknesses such as durability, speed, and reliability.

Low MTBF was a legitimate issue in the early days of flash, but today it can be effectively mitigated with optimized firmware. When it comes to price, SSDs frequently result in a lower overall cost when compared with traditional HDDs. Despite a 1TB SSD being more expensive than a 1TB HDD, the increased speed, and other recent advancements in flash technology mean that an SSD’s cost per IOPS is actually significantly lower than that of an HDD.
Since SSDs have high speeds, and can easily run simultaneous read/write operations without interfering with data recording, surveillance systems may be able to operate with just a few SSDs, instead of a whole rack of HDDs, especially if large capacities are not a consideration.
SSDs are also cheaper to run when compared to HDDs, as they don’t use as much power or need as much cooling, which can significantly reduce operating costs, especially at scale.

What is the best SSD for surveillance systems?

Designed with surveillance applications in mind, RECLine from Innodisk is an SSD firmware optimization that maintains a constant sequential write speed, which results in minimum and often zero frame loss when recording video. This is accomplished by altering the drive’s garbage collection, wear leveling, and TRIM processes. Innodisk provides RECLine optimizations in conjunction with other industrial technologies such as iDataGuard, as part of the InnoREC feature set. InnoREC 2.0 has also recently been released, offering further improvements when recording video, and further proving SSDs’ strength in surveillance. SSDs featuring InnoREC are the perfect solution for modern surveillance systems. When choosing storage for surveillance systems, it’s important to consider the cost over time. Although HDDs are cheaper to buy in the first instance, over time you may end up spending more due to reliability and durability issues, as well as the power and cooling costs that come with HDDs. SSDs are more expensive in terms of cost per GB, but for cost per IOPS, SSDs outperform HDDs every single time. Finally, with the added features that storage manufacturers provide, SSDs can improve systems and introduce new possibilities. 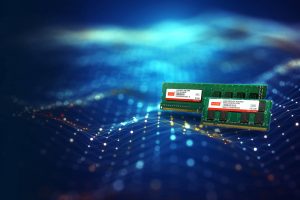